Marijuana (cannabis) sativa is a wild hemp. Due to psychoactive properties of marijuana, for a long time it was used both the treatment and still has been using to achieve a particular euphoric state characterized by general body relaxation and hallucinogenic effects.

Use of cannabis resin as an anesthetic and pain remedy was Known In China in XV century.  On medical and religious purposes marijuana/cannabis was also used in India, then in the Middle East and North Africa in the Middle Ages. Cannabis became popular as a medicinal and psychoactive drug  first in Europe then in United States in the XIX century.  It was included in the Pharmacopoeia of the United States and was sold in pharmacies as a means of wide profile until 1942.The growing popularity of marijuana and a significant increase in  its sale characterized the end of 19th   and the early 20th  century. In 1930 the  federal agencies of the U.S., fighting the drug trafficking, helped to adopt  the law that  banned not only cultivation of cannabis and its free market, but also the use of the drugs produced from it. Many states supported the bill then. However, numerous  scientific 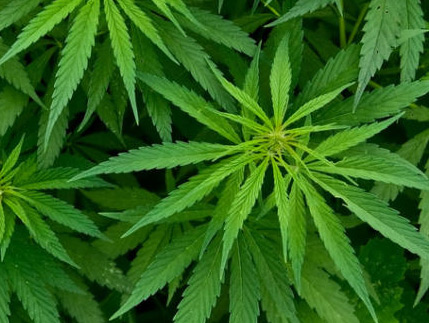 institutions and organizations, despite the  sufficient evidence of negative health and social impact of drugs, have long maintained strong opinion in public about marijuana safety  and lack of addiction to it.

The use of marijuana

Marijuana was classified as a "light" drug, opposed to "heavy" (heroin). The use of marijuana was considered by public as a socially acceptable fact. Long-time ignored danger to health and the lack of a ban on the actual promotion of on film and video led to widespread  of marijuana use among American teenagers. Dynamics of Marijuana use among youth in the United States showed a peak in 1960-1970. In subsequent years, society's attitude towards this issue changed drastically. The myths about its safety disappeared and  most of the researchers agreed that marijuana, although it shows a lower trend in the production of psychic and physical dependence, yet can cause addiction and adverse effects on the mental, emotional and physical functions. Due to joint efforts of various state and public organizations to combat the proliferation of Marijuana in the period of 1975-2003 years there is a decline in its use, especially  among college and university students. However, it remains one of the most frequently used drugs in the US. Debates on the legalization of the products from cannabis in form of medicine and  an "easy" drug for the drug addicts still go on, despite the seriousness of the risk of transferring from cannabis to the "hard" drugs, such as heroin or cocaine.

Over the past century there were several extensive reports on the use of marijuana and it's effects. One of the earliest was a report of the Indian Hemp Drugs in 1894.  The second one, “The Military Canal Zone Study” report  appeared in 1933. The third one  and the most well-known was LaGuardia Commission Investigation, published in 1974. Since the conclusions of all three commissions were similar, lets focus on the findings of LaGuardia Commision.