1. Audio-Visual Brain Stimulation. The therapy affects the psycho-emotional state of the patient with the help of specifically altered audio and video signals. These signals, going through the senses, alter the electrical activity of the brain.. By varying frequency and intensity of the signals the mental processes can be either activated or inhibited. People are instinctively attracted to audio-visual 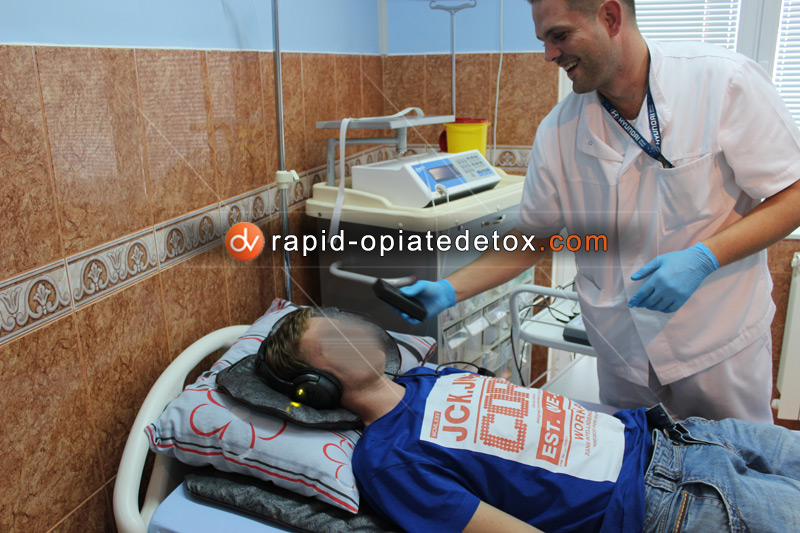 and tactile stimulation from  the natural factors. For example, we all like to watch the glare of the fire, the flame of the burning candles, the firework or enjoy sitting next to the bonfire or fireplace. It is visual stimulation.  Sound produced by crackling wood in a fire or sound from a waterfall is an an example of  audio stimulation. The spectrum of these effects is similar to the rhythm of the brain electrical activity in state of relaxation. This state is called "alpha state", which dominates the brain within frequency range from 8 to 12 Hz. These impulses effectively quell the  pathological activities from the brain zones impaired by drug abuse. This condition is shown in mild sedation, relaxation, lack of obsessional thoughts about drugs.  Activation of inhibitory processes in the brain provides a state of rest,  helps to solve the accumulated problems, eliminates anxiety. Audiovisual stimulation technique allows to control the psycho-emotional state of the patient without any medications, or the influence of external suggestions. The method doesn't cause the dependence.

2. Information Therapy. The human brain is a kind of supercomputer, which constantly faces the new information, processes it and makes the decisions that determine our actions, thoughts, behavior. Like a computer, the human brain function is exercised by the brain cells – the neurons (hardware) and by the contol system - the higher nervous activity, which presents  the complex of reflections, skills, behavior patterns, values, volitional mechanisms (software).  Also, similar to that of a computer, where themalicious information in form of viruses can disrupt the system, the drugs destroy the brain cells and psyche of the user. To restore the normal functioning of the brain, the anti-virus information therapy is needed. The meaning of the technique is to process the information the way to enhance its value and  perceptual quality and then to deliver it to the patient.  Anti-drug images are processed according to the principles of neuro-linguistic programming, embedded into 25th frame and on high speed are sent into the patient's brain. The result of the procedure is the positive changes in behavioral patters, the increased motivation to give up the drugs, the restoration of healthy interests and wishes.

3. Neuro Jet Therapy. (Stimulation of Endorphin Production). Neurophysiological mechanisms of dependence on alcohol and drugs are based in stem and limbic brain structures, where the so-called system of positive reinforcement (the reward system, or “pleasure center.") is located. Functioning of the reward system is implemented through the production and release of neurotransmitters called endorphins. The drugs cause the increased release of endorphins with the following deficit of them in 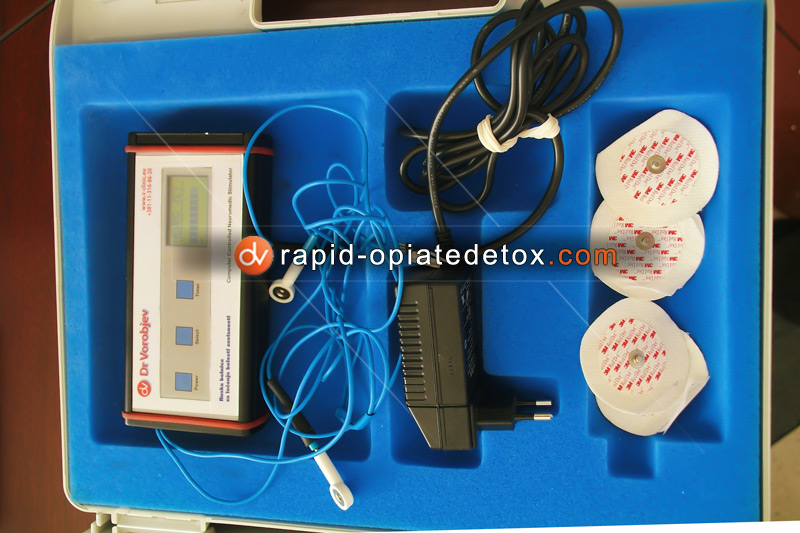 supply, which in its turn leads to the need of the constantly growing doses of dope to achieve the initial euphoric effect. It is a vicious circle. Eventually the situation ends up in a complete depletion of the endorphin system. The dependent doesn't feel  euphoria any more and uses the drugs only to feel “normal” for a short period of time and thus to postpone the onset of withdrawal.  Apparatus for stimulation protective mechanisms in the brain (in Russia it is called called “Transcranial Electrical Stimulation”, in USA and UK it is called NET therapy or Neuro Jet Therapy induces the production of endogenous endorphins, that allows to mitigate pain and reduce autonomic manifestations of the withdrawal syndrome  for 70-80%. Neuro Jet Therapy significantly attenuates craving for drugs, normalizes sleep and appetite, enhances reparation processes in a body, lessens the need for medications.

4. Xenon Therapy.  Xenon therapy is a new revolutionary method of treatment for all types of  addiction. Nowadays this method is considered as the best available with the highest rate of success. Xenone therapy allows to achieve the positive results even in those cases where the other methods of treatment were ineffective. Xenon is an inert gas, which is absolutely harmless to the body. It has no 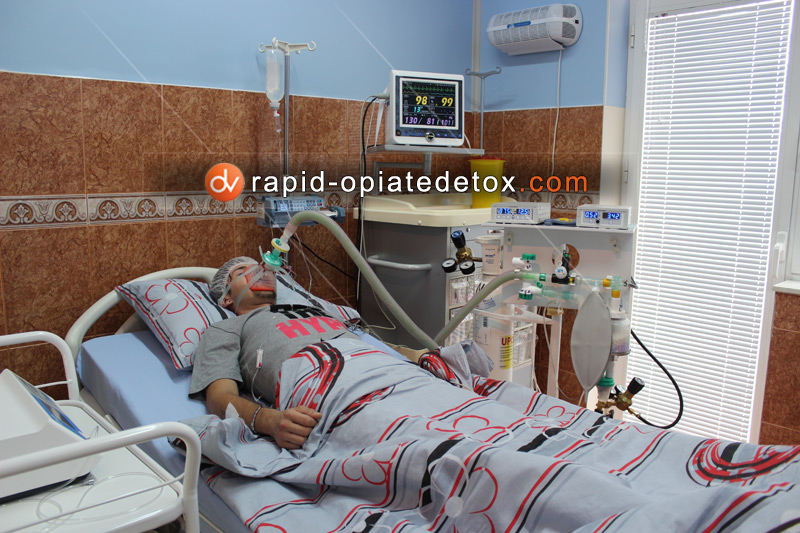 contraindications and can be used even for treatment for pregnant women. The pronounced therapeutic effect of Xenon therapy is shown in quick  elimination of pain and other withdrawal symptoms, normalization of sleep, sharply reduced craving for drugs and other psychoactive substances (alcohol, nicotine).  After a single session of Xenon therapy a patient demonstrates the more critical attitude toward the illness and increased motivation for drug addiction treatment.  The positive effects of the therapy persist for a long time, resulting in stable remission and futher  recovery. The treatment cycle consists of 5-7 sessions lasting for about one hour each. One session is held once a day.  The drug addiction treatment  may include  either pure Xenon therapy or Xenon therapy combined with a small amount of medications for symptomatic treatment. In case of alcoholism  or cigarette smoking  addiction  one or to two sessions is enough to get the positive result. Xenon therapy is also easily available and well recommended in outpatient phase of treatment as an effective tool against relapse

5. Cryotherapy. Cryotherapy is one of the latest medical technique with general restorative effect on the body. The idea of the method is based on the effect of brief contact  the skin of the body with the cryogenic gas – nitrogen, chilled to the temperature of -150C. Due to very quick exposure,  the ultra-cold gas doesn't cause damage to skin or internal organs, but  stimulates the release of biologically active substances with analgesic and anti-inflammatory effects.  Cryotherapy is the best way to relieve stress. The method  improves sleep, removes anxiety and irritation, enhances  mood, mitigates pain, reduces craving for drugs and alcohol.  Almost all patients report improvement in overall health, increased productivity and positive impact on the sexual sphere.  Cryotherapy is a highly effective method for non-pharmacological prevention and treatment of so-called "fatigue syndrome" and other nervous system disorders.