For relatives/spouses - signs of addiction

Drug addiction is one of the major health destroyers all over the world. Heroin as one of the main drug addictions has become a plague of modern society. Many people are becoming addicted to harmful drugs and spoil their entire lives.

WHY DOES A PERSON GET ADDICTED?

When we succeed in something we all experience intense feelings of pleasure due to stimulation of the limbic system which is flooded with dopamine at such moments. So  we are naturally driven to seek these feelings again.

So likewise when a person uses a drug he/or she artificially (or chemically) stimulates intense feelings of pleasure and his/her limbic system creates an appetite which drives him/her to seek those things again and again. Once an person stops using the drugs, it makes him feel lifeless, depressed, uncomfortable and the only way out is to use the drug again and again which makes him addicted. Drug addiction is a sort of disease which makes the natural pleasuring sense of our brain to decrease. This condition of pathological brain function is  called as down regulation.

Desire to try drugs as an experiment, pure curiosity, peer pressure are all important factors that make people, particularly teens vulnerable to drug addiction.
Generally people when they use the drugs for the first time think that they can control the habit.  But very soon drugs take entire control over their lives.

People experiment with drugs for many different reasons. Usually they try drugs because of curiosity, desire to have a good time, because their friends do it  Often  they use drugs as a tool to solve stress situation,  to ease a problem, to  get rid of anxiety or depression.

Addicted to drugs people often feel ashamed and try to conceal the problem.  If you suspect that your friend or family member might  be using the drugs, look for the following warning signs. There are physical, behavioral  and psychological signs of drug addiction.

The common physical signs of drug addiction are: 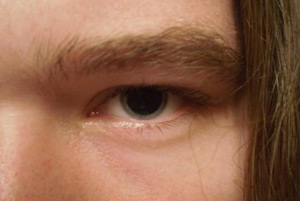 The common behavioral signs of addiction are:

-poor attendance and performance at work or school.

-sudden change in  favorite hangouts,  loss of old friends and acquisition of the new questionable friends

The common psychological signs of addiction are:

-lack of motivation, loss of interest in work, study

-appears fearful, anxious,  paranoid or depressed with no reason.

If you recognize your relative, friend or the one you love in mentioned above signs/symptoms, consider talking to doctor about possible drug abuse.

Though the symptoms of addiction are pretty similar, some Commonly Abused Drugs have specific symptoms.

Heroin: narrowed to maximum pupils with no reaction to light;  marks on the skin from intravenous injections;  unusual sleepiness during a day;  loss of appetite and weight, the symptoms of addiction, in case of heroin, very much resembling flu in case of withdrawal from opioids such  as sweating; muscle pain, watery eyes, running nose, sneezing, vomiting,  limb twitching.

Discovering your loved one is using the drugs is very painful.  It makes you confused, anger. You are upset,  disrupted, scared. It’s important to control your emotions, behavior, to remain calm when confronting your relative or friend. You have to discuss the problem only when everyone is sober.  Try to express your worries and understanding the situation and make it clear that your concerns come from a place of love. Your loved one must feel your support. It must encourage him/her to pass treatment.

What you don't have to do is:

-to  make excuses for the drug use,  to cover up the problem, to pretend that nothing really happened or underestimate the seriousness of the situation;

-to attempt to punish, threaten,  comminate, bribe or moralize a drug user. You have to speak to him/her rationally. Emotional appeals may only increase feelings of guilt and strengthen desire to use drugs.

-take over the drug user's responsibilities for addiction. Usually it leaves an addict with no sense of importance or self-respect. People have to carry their own responsibility for their actions.

-to blame yourself, make yourself  feel guilty or responsible for another person's  behavior.

-to use the drugs with a drug user. Sharing the drugs doesn't make you closer to an addict,  but  by this way you run the high risk to develop your own addiction.

What you have to do is to seek for a qualified medical help. The sooner you do that the better the result of treatment, the higher chances of successful recovery.