Benzodiazepine withdrawal syndrome is a result of Benzodiazepine addiction and consists of typical drug withdrawal symptoms. Benzodiazepines are a group of psychoactive drugs whose main characteristic is to act as depressors of the central nervous system (CNS), or more simply put - drugs from this group 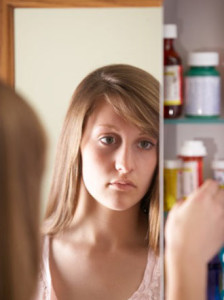 slow down the nervous system and thereby reduce pain, anxiety, relax nerves, relax muscles, allowing patients easier sleep and mitigate the effects of stress, which is thanks to these medications easier to bear. Since the fact that we live in a time of extremely increased levels of stress, which is not only overwhelmingly, it is often quite lengthy, drugs from the group of benzodiazepines are quite "popular" and are used very often. And that inevitably leads to and abuse. The main advantage of these drugs is that they act quickly so that their effect can be felt after the first pill. Also, they are not too toxic and are safer and better for the body than drugs with similar effects like barbiturates.

The fact the new increased stress from your daily wear at work, at home and generally in different situations led to the benzodiazepine drugs abuse most commonly encountered in practice. And it is more and more abused. And the most popular and best-known drug in this group is, of course, "Valium" (Diazepam), unfortunately known as the "drug of the nation." - this popular name for Valium speaks on how much the drug is used. Benzodiazepines group of medication include the following drugs: Diazepam, Lorazepam, Bromazepam, Nitrazepam, Midozolam, Klonazepin etc ... However, when talking about the kind of Benzodiazepines, we are usually talking about Valium because it is almost synonymous with our everyday anti-stress therapy. And the truth is, like all truth, quite serious. Valium is extremely dangerous, if a drug is not used by appropriate medical supervision, in amounts which are inadequate in a long time period. Unfortunately, it is very common that those people themselves "prescribe" Valium and use it at their own discretion, unaware of the dangers. Although these drugs are no longer allowed to prescribe without psychiatric reports, facts and practice confirms, unfortunately, that the drugs in this group are pretty acquired in pharmacies. Although the drugs in this group are used for the prevention and care of the patients, the

fact is that they are very often abused because they are seen as the "easy way" to solve the problem. Take a pill and the stress goes away. However, as with all psychoactive substances that act on the nervous system, when these drugs are used inappropriately, there are undesirable and dangerous consequences.

Valium is a dangerous drug because it causes severe psychological and mild physical dependence and in time, the body develops a tolerance to it so the amount must be increased to achieve the same effect (as with all other substances) "Diazepam" is the same as Valium, the only difference is the name used by different manufacturers of the drug, but their composition is the same. It is used to treat the same symptoms as Valium in situations of pronounced stress, anxiety, psychosis, panic attacks, anxiety ... "Lorazepam" is stronger than diazepam, and that must also be very careful because it acts very quickly, but short-lived. "Bromazepam," is most effective in cases of myocardial infarction because it successfully relaxes the muscles. Having strong effect on the muscles, it can slow the heart rate, so it must be prescribed exclusively by the medical doctor. 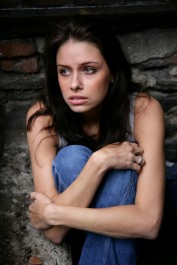 We’ve said that, after a certain period of benzodiazepines intake, tolerance is developed for the used dosage and that requires higher doses to achieve the same effect. Therefore the use of these drugs is limited to a maximum period of 4 weeks. However, practice has shown that there are people who use these drugs for years continuously! This inevitably leads to benzodiazepines addiction (it is created after only 4 weeks of consumption). And if you create dependency, it’s symptoms are typical withdrawal crisis - the same as with other drugs if the consumption suddenly stops, which confirms that these are serious and dangerous drugs. In the process of abusing this drugs an interesting paradox can happen – instead of relaxing effect, they can cause increased anxiety and aggressive behavior. In addition, frequent states of euphoria or depression are initiated, that manifest itself in suicide attempts. These drugs cannot be combined with alcohol, which is still frequently done in order to reinforce their action, which results in dangerous depression of the nervous system, and deceleration of breathing. The use of these drugs should not be stopped abruptly because that can push the body into a state of shock and typical withdrawal symptoms that can have dangerous consequences. Abrupt discontinuation of these drugs causes irritability, insomnia, depression, hypersensitivity to pain, noise, light, fear and even seizures. Therefore, in case of dependence treatment, the dosage is gradually reduced under proper medical supervision in order to finally achieve the goal - complete elimination of drugs.

At Dr Vorobiev clinic, our experienced staff is using unique therapies and cutting-edge medical equipment for the most effective treatment. Please contact us for more information about the treatment.