No one form of psychostimulants addiction treatment is right for every drug addict. It is important to match the treatment to the preferences, beliefs and needs of the individual.

Some commonly used treatment approaches for psychostimulant addiction at our clinic are listed below.

Unfortunately, no medication is yet available to help psychostimulant addicts manage the lasting cravings that threaten sobriety.

On a neuromediator level, stimulant drugs increase dopamine, noradrenalin  and interact with monoamine transporters in the brain. The increased level of  dopamine is a main contributing mechanism of addiction on psycostimulants.

The new pharmacological approach in psychostimulants addiction tretament  (especially, cocaine addiction) is a medication which reliably bocks dophamine receptors in the central nervous system and thus effectively reduces abstinence symptoms and craving for psychostimulants. In literature, the compound is  known under name LEK-8829.

Other pathogenetic medications include:  Baclofen, a derivative of gamma-aminobutyric acid (GABA) , and  Bromocriptinum, a dopamine blocker, which also reduce craving for psychostimulants.

Treatment for psychostimulant addiction is no exception.

The most common psychostimulants withdrawal symptoms include:

Less common psychostimulants withdrawal symptoms include severe depression, hallucinations, suicidal thoughts and even suicide attempts. Usually these withdrawal symptoms are only seen in people who have been taking very high doses and discontinue the drug without special  treatment.

To treat symptoms of withdrawal we use medications from different pharmacological groups: sedatives, hypnotics, anxiolytics, tranquilizers, antidepressants and their combinations. 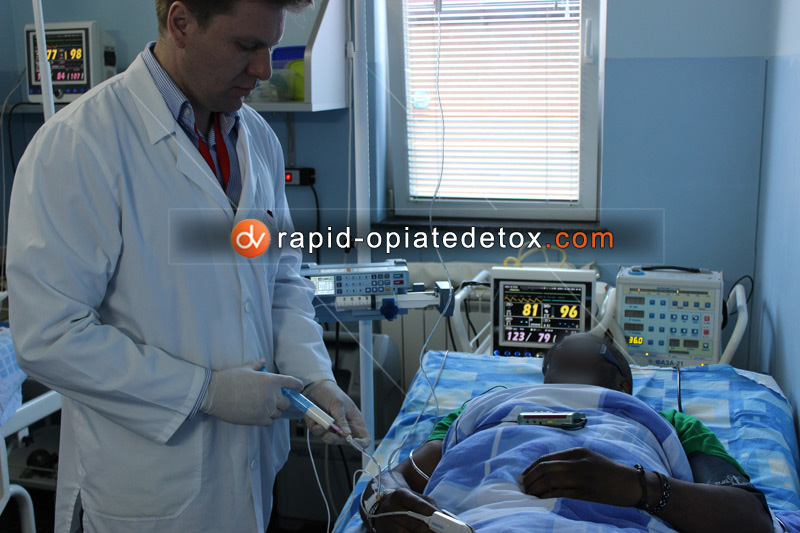 Symptoms of withdrawal and urge for psychostimulants can be partially explained by the deficit of dopamine and natural endorphins in the central nervous system of an addict as a result of their  excessive use  during  the euphoric phase. The lack of neuromediators  can be successfully restored through electrical stimulation of the specific brain zones. This technique is successfully implemented with the help of computer-controlled neurostimulation. The process is exercised though the electrodes (similar to ECG electrodes) glued to the skin in under-ear areas.  Electrical signals of selected frequency and amplitude  induce production of natural neurotransmitters, compensating by this the lack of dopamine and endorphins in patient's brain, that clinically results in  elimination of withdrawal syndrome and craving for drugs.

Ibogaine is a herbal alkaloid. Taken orally it puts a patient into a state of medical hypnosis for a few hours, during which his impaired  brain is undergoing the psychological purge. After Ibogaine treatment the people loose their former interest to drugs. They can't understand why they were so much attracted to them for so many years. Ibogaine treatment miraculously cures people who have already lost any hope to be cured by other methods.

Researchers are also investigating a  vaccine against psychostimulants, that once administered, would prevent the drugs from having any rewarding effects.

Besides pharmacological approaches to treat dependence on stimulants at our clinic, we widely use Cognitive Behavioral Therapy (CBT)

CBT is one of the most effective psychological interventions for psychostimulant addiction, that helps the  addicts create and then enforce their motivation to quit the addiction and provides them with techniques to avoid relapse. This approach helps patients to recognize, avoid, and cope with  the situations in which they are most likely to use drugs. Through this method our patients  learn skills how to cope with craving for drugs, to overcome negative life events, to build up the new relationships and to obtain social support.

CBT is congruent with other forms of psychostimulant addiction treatment and  works very well when it is combined with such components  as 12 step program, individual therapy, support group attendance, family therapy, education and behavioral interventions.

To treat addiction on stimulants is a hard task and a long process. The longer a person stays active in treatment, the better the chances of long term recovery.  People who stay active in treatment for 1 year  and longer demonstrate much better results over the long run.

Not too bad. I was in withdrawing too bad because I still had it all in me. I think the...
Rapid detox 5 days heroin and painkillers abuser USA patient

I grew up in the States, and I started using painkillers like roxies, oxy, percocets....
Marijuana substance cocaine addiction detox