Due to these “up” effects, stimulants are also  referred to as "uppers", in contrast to depressants, which have the opposite effects, which decrease mental and physical function and referred  to as “downers”.

Stimulants are widely used throughout the world as prescription medicines that in moderate or low doses increase mental and behavioral activity and as illicit substances of recreational use or abuse.

All psychostimulants produce common stimulants effects that can be explained by enhancing the activity of the central and peripheral nervous systems. There is  a number of stimulants effects and characteristic symptoms, which may vary depending on the substance:

Psychostimulants present a broad category of substances, including those:

Stimulants exert their effects through a number of different pharmacological mechanisms,  mostly  through the  increase of  the amount of norepinephrine  (noradrenaline) and dopamine in the brain  via reuptake inhibition and through the direct release of these catecholamines from storage vesicles in brain cells.

Stimulants increase dopamine within the brain and  give an euphoric feeling. Elevated mood, increased alertness, increased energy, insomnia, and anorexia are all common symptoms associated with stimulant use. It explains why some people are chosen stimulant abuse. However, there are also a number of dangerous symptoms that can occur when stimulant medication is abused:

These symptoms may result in much more serious medical conditions such as: cardiovascular failure, myocardial infarction, central vessels thrombosis, brain hemorrhage or ischemic stroke, seizures, cephaledema.  Any of these potentially lethal conditions can be a cause of a sudden death.

The brain damage caused by stimulant abuse is still can be seen years later. In fact,  psychostimulant users experience  chemical changes in brain similar to those that patients have with other brain diseases such as Alzheimer's Disease, brain cancer or stroke. Numerous studies for the last 20 years have shown clinical, microscopic, macroscopic, biochemical, radiological evidence of brain damage in form of shrinkage  of neurologically active tissues of CNS, which  result in a number of incurable neurological disorders such Parkinson’s disease and permanent dementia. 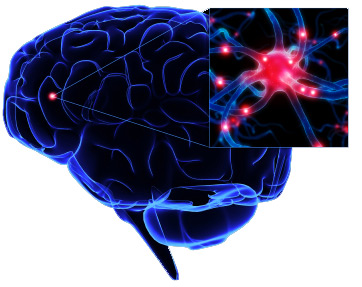 All amphetamines reduce level of  N-acetyl-aspartate (NAA), which is an intermediate product of  neuron s metabolism. Sufficient level of NAA is crucial for normal CNS function. Dr Thomas Ernst, the head of research carried out in Torrance, California, said: "Many brain diseases associated with brain cell or neuronal damage, such as Alzheimer's disease and other dementias, epilepsy, multiple sclerosis, brain tumours, stroke and HIV brain diseases, consistently have shown decreased N-acetyl-aspartate.

The results of the study were published in the journal "Neurology".

It is absolutely proved that psychostimulants  damage brain's neurons, especially  the ones  which are used  in  thinking processes, receiving and  keeping information.